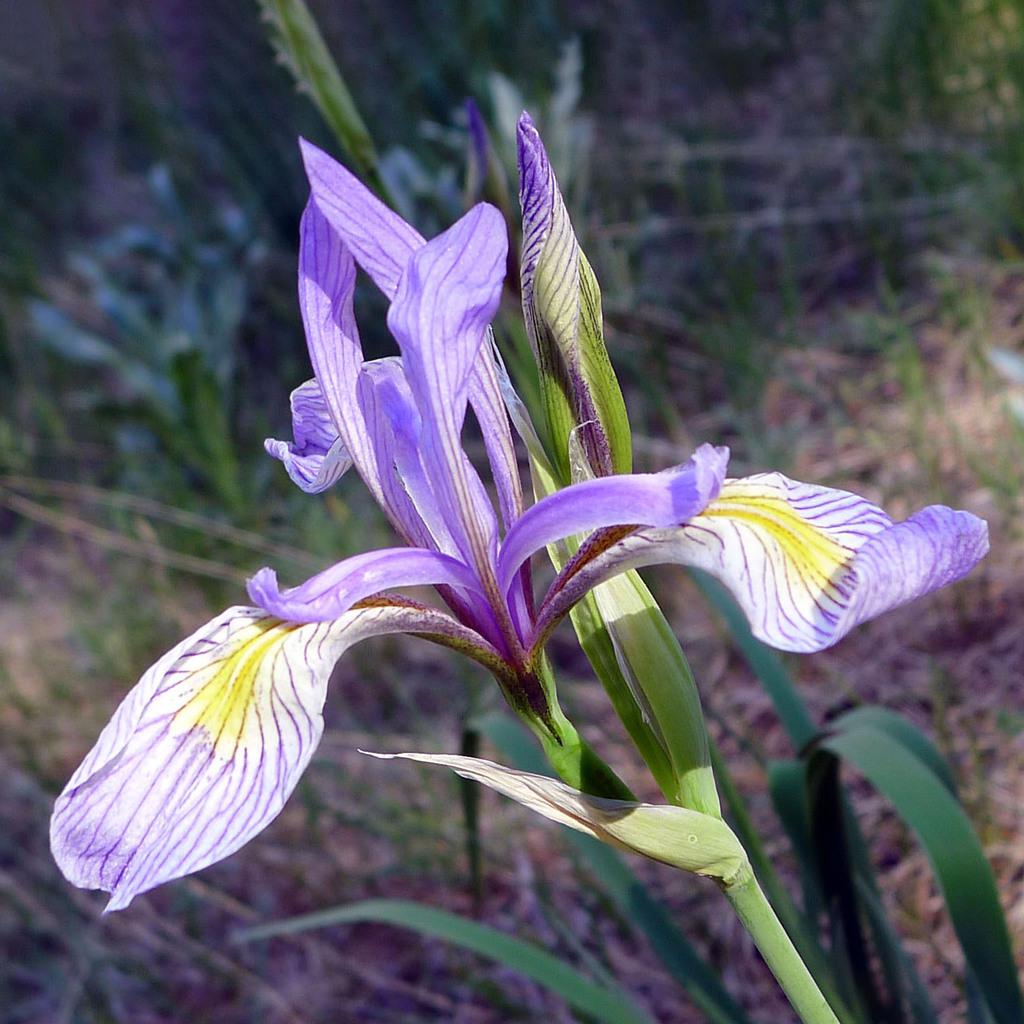 photo by Gail Hampshire CC BY

Western Blue Flag can be found in damp meadows or marshy areas in the mountainous regions of British Columbia and Alberta as well as the northern and western United States.

The tall, slim stems (1-2 ft) bear 1-4 flowers with 9 petal-like segments, some of which curve downwards while others point straight up. They flower from late May to early June and their color varies from a very pale blue to a blue-violet. The long sword-shaped leaves (1-2 ft) are blue-green and grow from the base of the plant.

Did you know? Western Blue Flag is widespread in the western United States but has a very limited distribution in Canada, primarily along the southeastern edge of the Rocky Mountains. It is Alberta's only native iris.