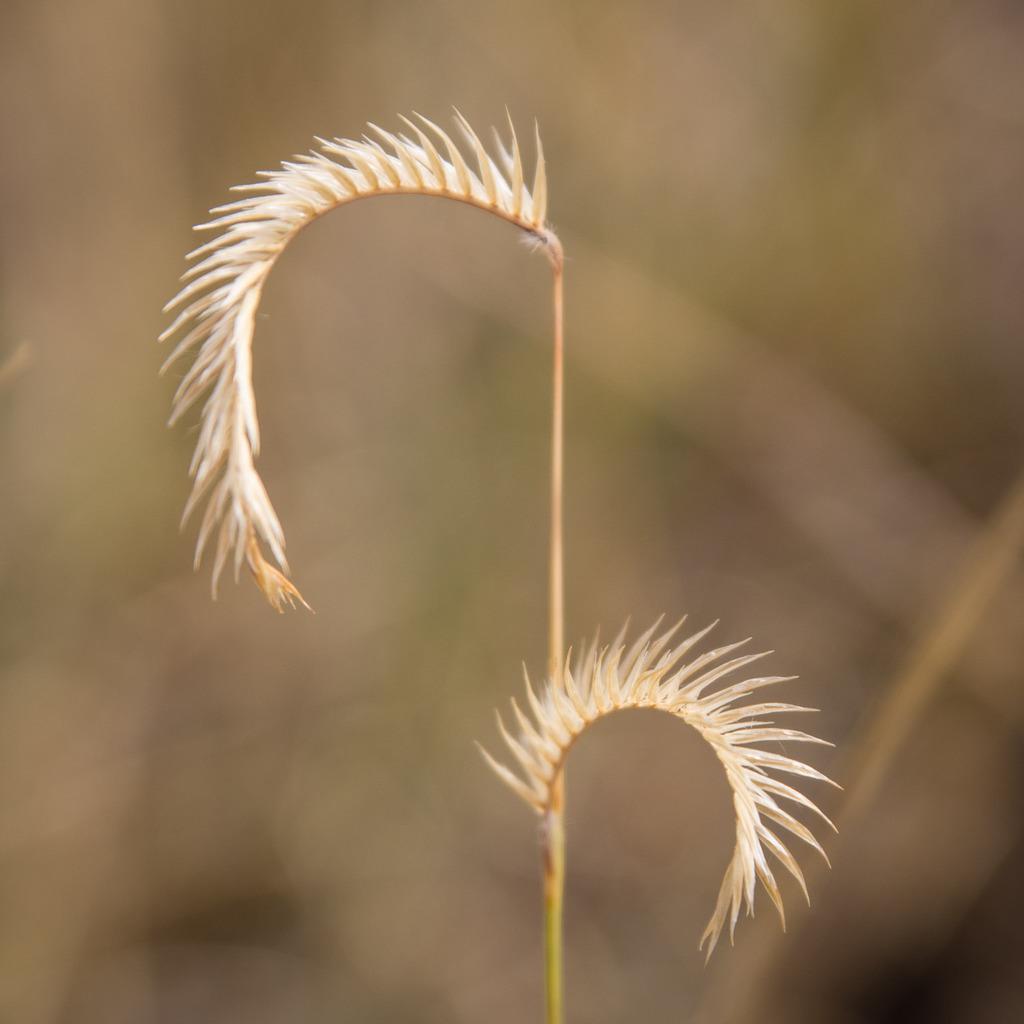 Blue Grama Grass is an important feature of central North America's grasslands. Its dense, shallow root mass holds the soil in place and prevents erosion. Look for its crescent-shaped flower made up of little spikelets from June to August.

Blue Grama Grass grows in clumps (6-18 in tall) and is grayish-green in color. It can be found in prairie grasslands from British Columbia to Ontario and throughout much of the southern and western United States. It is often found alongside Buffalograss.

Did you know? Blue Grama Grass is also known as Mosquito Grass because the flowers resemble mosquito larvae.