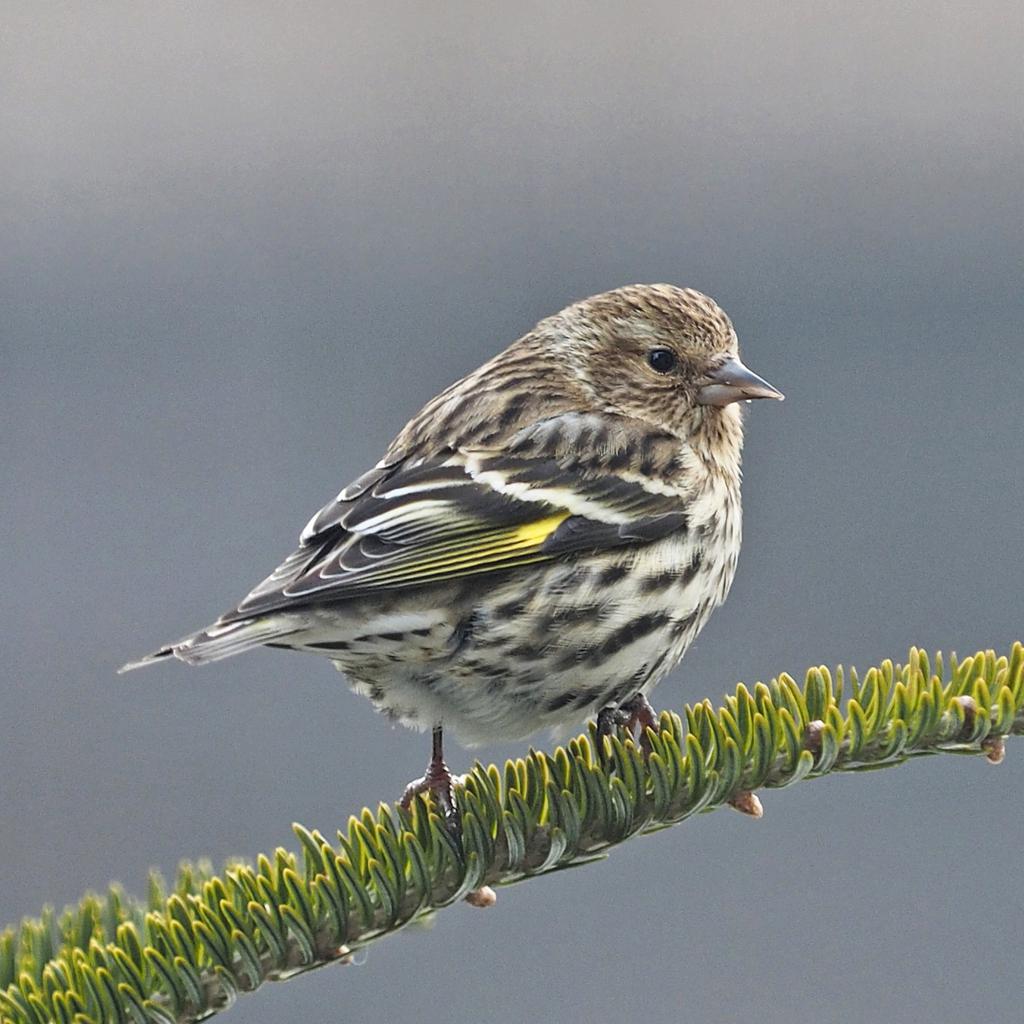 Pine Siskin are small (4-5.5 in), streaky-brown birds with yellow edging on their wings and tail. They have a sharp, pointed beak and a short, notched tail.

Pine Siskin nest in the forest coming out to fields, shrubby areas, and urban parks and gardens to forage for seeds. They congregate in large flocks, calling to each other as they eat. You'll often see them clinging upside down to branch tips to eat seeds in cones.

Could it be? Pine Siskin are smaller than a Sparrow. Their yellow markings and streaked breast distinguish them from other Finch and Redpoll.

Did you know? Pine Siskin survive cold winter nights by increasing their metabolism to 5 times its normal rate.