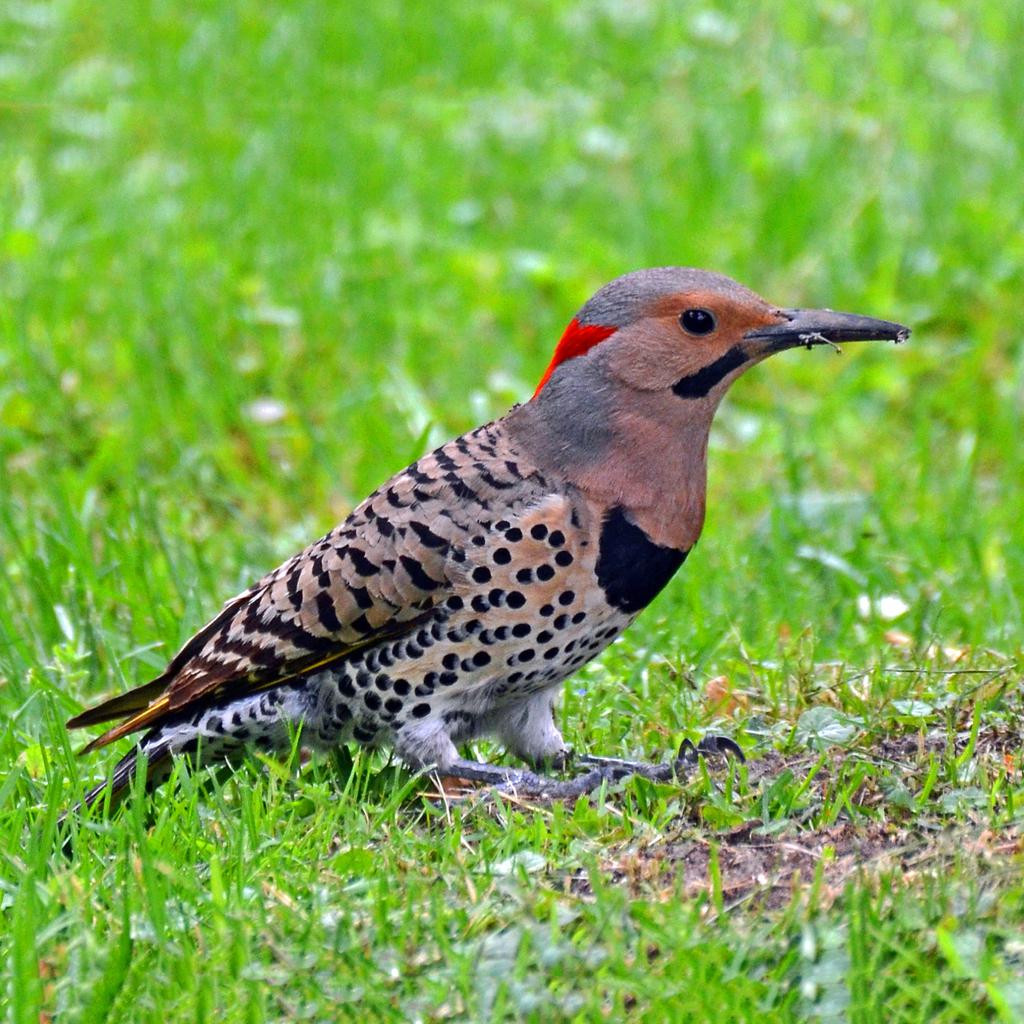 Northern Flicker are a fairly large woodpecker (11-12 in) but, unlike other woodpeckers, they are often found on the ground foraging for ants and beetles. They also sit on tree branches rather than leaning against the trunk.

Northern Flicker have a brown body with black markings, a black bib, and a white patch on their rump. The underside of their wing and tail feathers is bright yellow for eastern birds and red for western birds.

Northern Flicker are widespread throughout Canada and the United States. Northern birds migrate south for the winter. They're most commonly found in open woods, forest edges, or urban areas with lots of trees.

Could it be? Red-bellied Woodpecker are black and white with a red patch on their head and neck.

Did you know? Northern Flicker clean their feathers by taking dust baths or rubbing a crushed ant against their feathers (formic acid kills small parasites).