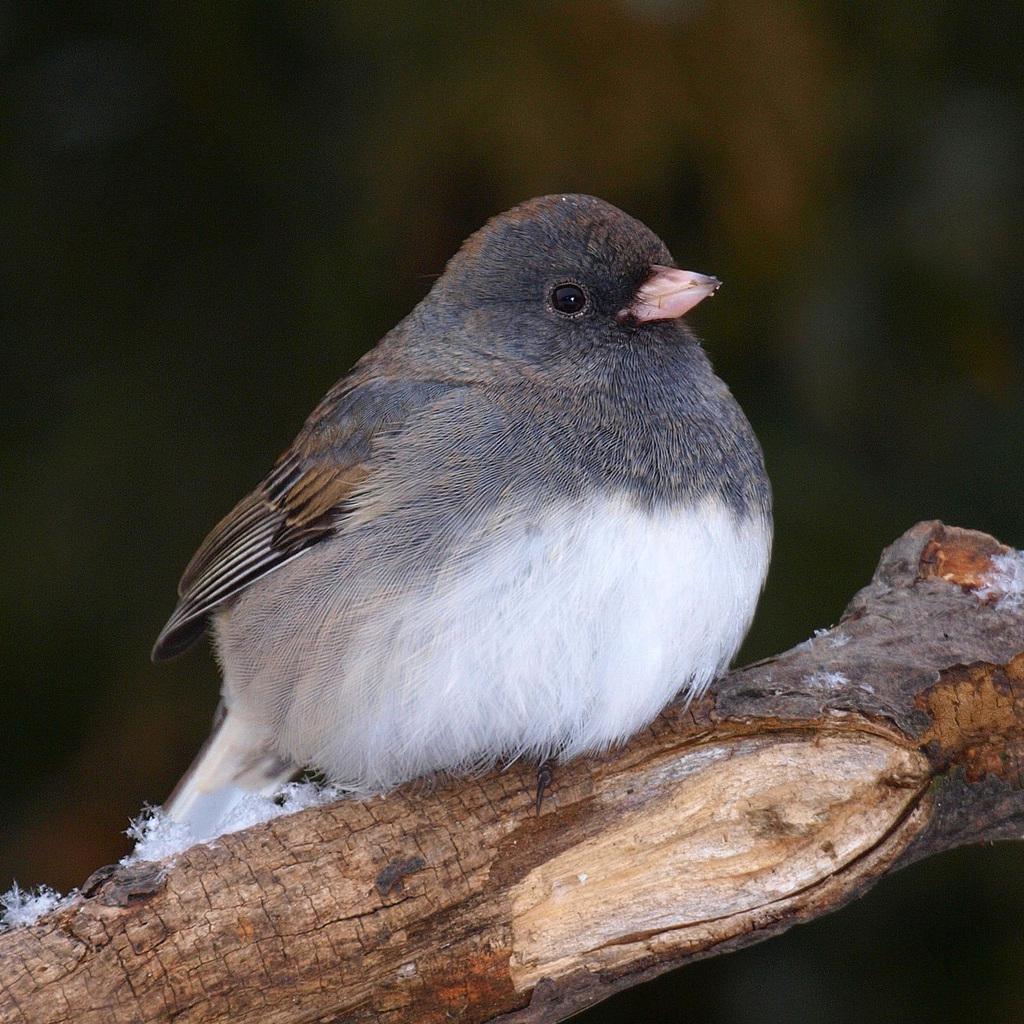 Dark-eyed Junco have thick bills for cracking seed and spend much of their time hopping on the ground looking for seeds and insects.

Dark-eyed Junco spend the summer in the forests and mountain ranges of Alaska and Canada. They spend the winter in urban areas, fields, and roadsides in southern Canada and throughout the United States. They can be found year-round in the western and eastern United States, the Canadian Maritimes, and around the Great Lakes.

Could it be? Black Phoebe have similar coloring but sit upright and have larger heads and a thin beak. They sit out in the open to hunt for insects.

Did you know? The Dark-eyed Junco is one of North America's most common birds with a recent estimate of 630 million.