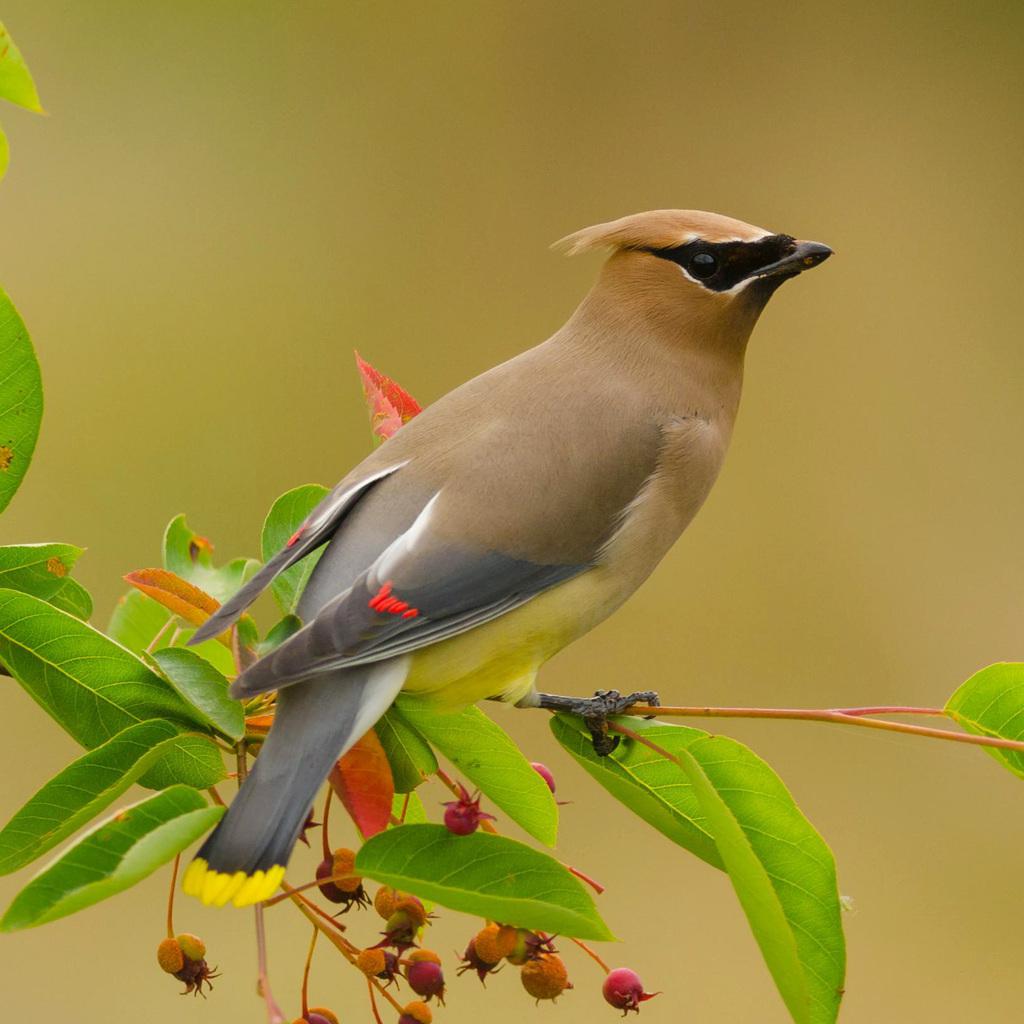 photo by Jacob McGinnis CC BY

A light brown head, crest, and chest fade to blue-gray over the wings and tail. A black mask across the eyes, a yellow tail tip, and bright red drops on the wings add splashes of color. The crest often droops over the back of the head. They are a medium-sized bird (5.5-7 in).

Cedar Waxwing travel and feed in large flocks, feasting on fruit and berries. They're found near open woodlands and fruit trees.

Could it be? Bohemian Waxwing are slightly larger with white and yellow stripes on their closed wings and rusty-red under the tail.

Did you know? Cedar Waxwing are one of the few North American birds that specialize in eating fruit. They also eat insects but can survive for several months eating just fruit.