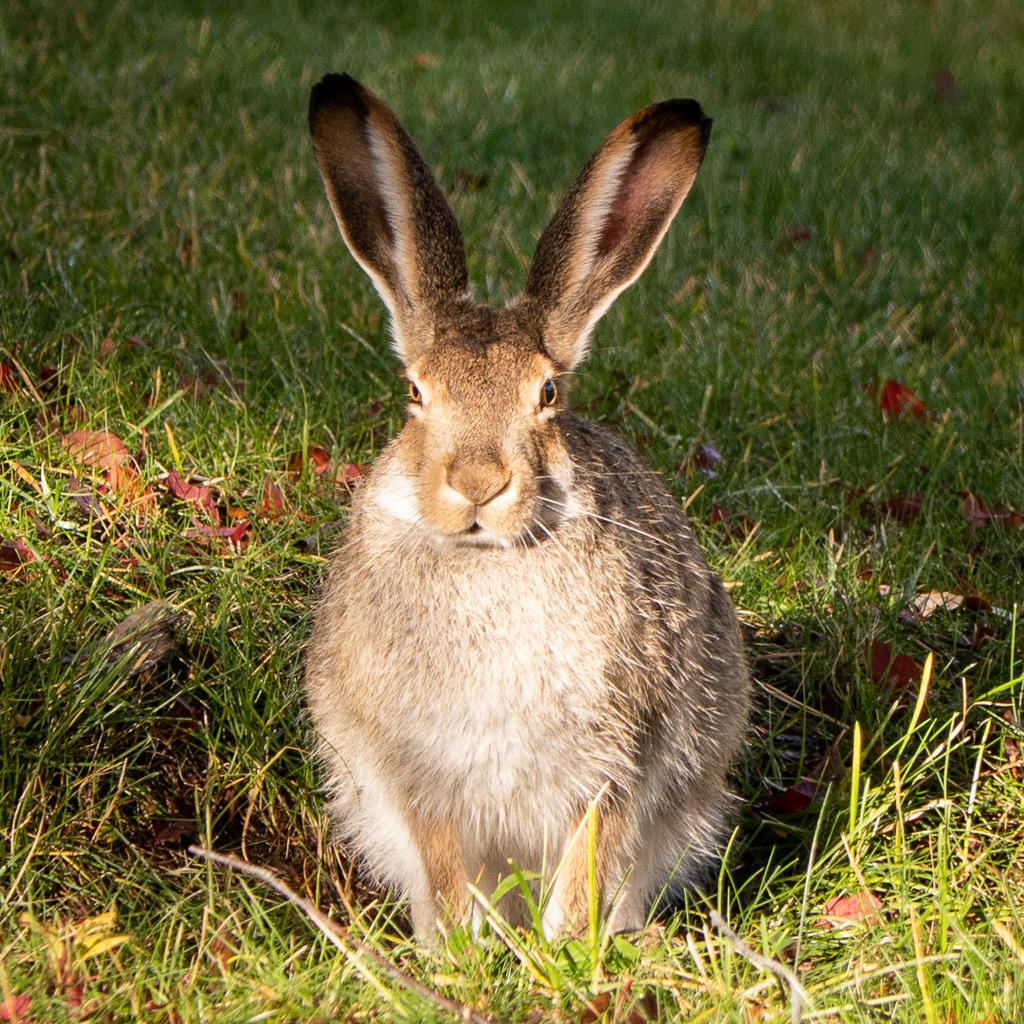 White-tailed Jackrabbit can be found on the plains and farms as well as urban areas in Canada's southern Prairies as well as the north-central and north-western United States. They are 22-24 in long, brown in summer, turning white in winter in northern snowy areas.

Jackrabbit have large ears that ensure excellent hearing. In summer, the ears release body heat, helping them to cool down, while in winter they can flatten their ears along their head, serving as a blanket to keep them warm.

They bear and shelter their young in shallow depressions in the ground or flattened nests of grass. The babies are born with fur and their eyes are open. They're nocturnal animals and easier to spot at dusk and dawn.

Despite their name, Jackrabbits are Hares and are related to Snowshoe Hares. Hares are larger than Rabbits and typically have longer hind legs and bigger ears. Baby hares are born with fur and their eyes are open. On the other hand, baby rabbits are furless and their eyes are closed when they're born.

Could it be? Black-tailed Jackrabbit, found in the southwestern and central United States, are slightly smaller and have a black streak on the top of their tail and rump. Snowshoe Hare are found in the forests of Canada, Alaska, and northern mountainous areas of the United States and are smaller than other Hares with smaller ears.

Did you know? White-tailed Jackrabbit can run extremely fast (35-50 mph) and cover 6-10 ft with each bound of their long back legs.