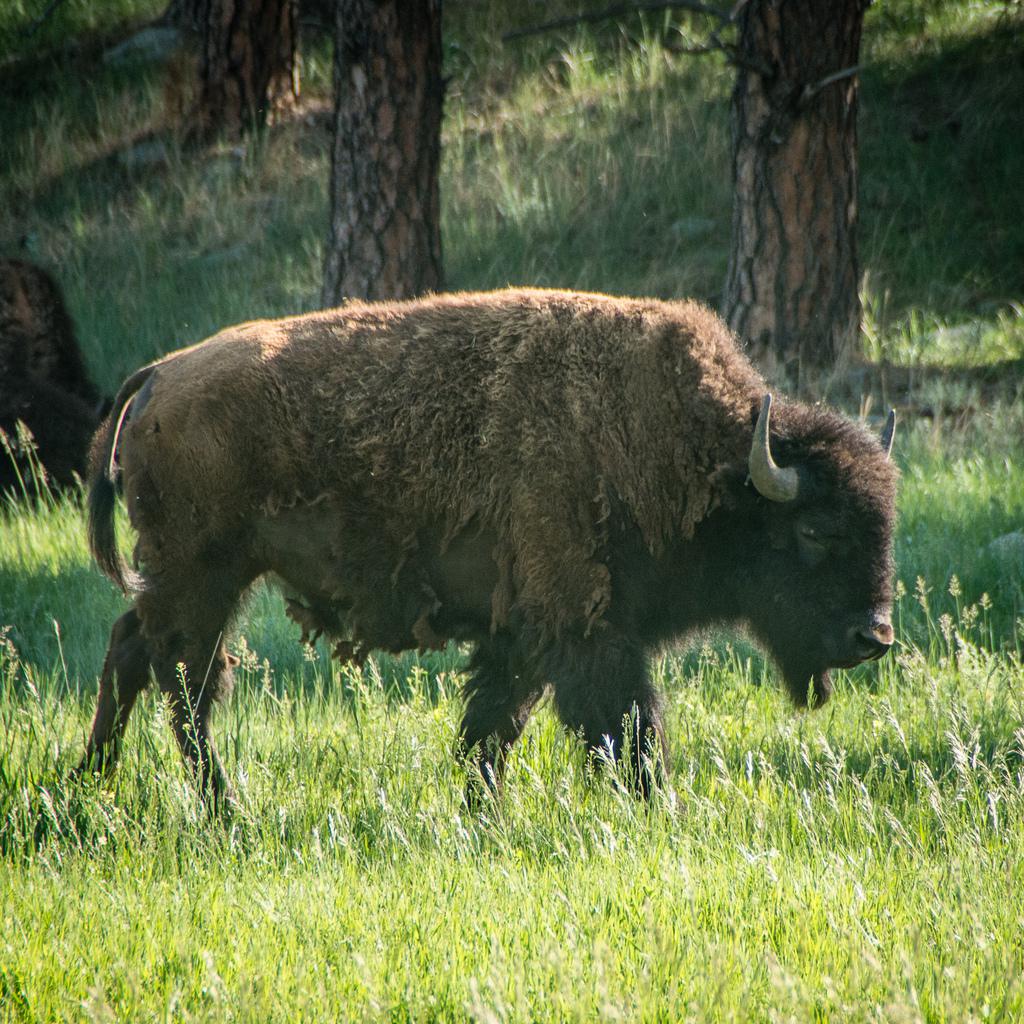 Bison are North America's largest mammal. They are 7-11.5 ft long with a large head, small curving horns, and a hump between their massive shoulders. Their brown fur is especially thick around the head and shoulders. They shed their long, shaggy winter coat in spring; their summer coat is lighter in weight and in color.

Isolated herds of Bison can be found in various North American parks. There are two varieties. Wood Bison are larger and heavier with a darker coat and a straggly beard. Plains Bison are smaller with lighter hair, a woolly cap between the horns, a thick beard, and a mane around the throat.

Bison live and travel in groups with males in one group and females and calves in another. The males temporarily join the females during the summer breeding season. Calves are born the following spring.

Bison run at speeds of up to 40 miles an hour and are good swimmers. They eat grasses, sedges, shrubs, and twigs.

Did you know? Bison are sometimes referred to as "buffalo", but technically Buffalo refers to Asian (Water Buffalo) and African (Cape Buffalo) that have smaller heads, larger horns, and don't have a hump between their shoulders or a beard.